Why don’t men talk about their feelings? 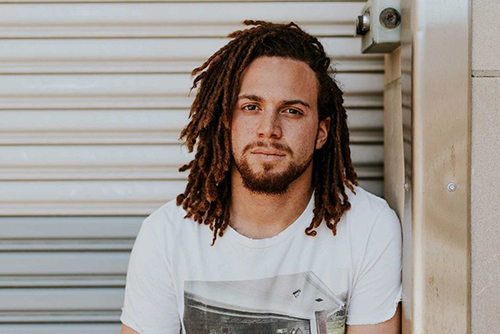 So what is it that prevents men from talking about their feelings, showing their emotions or admitting they need help? It would appear two words, one phrase, is a key reason: ‘man up’.

According to the Cambridge English Dictionary, the phrase to ‘man up’ is used to tell someone that they should “deal with something more bravely”. But this phrase and other societal pressures can distort perceptions of masculinity.

Research from men’s health charity Movember finds that nearly a third of men say they feel pressure to be manly or masculine – this number is higher (47 percent) among younger men aged 18-34. To maintain the appearance of manliness, the research finds that 38 percent of men do not talk to others about their feelings and almost three in 10 have never shown emotion or cried in front of others. This pressure to repress emotion can have a negative impact on mental health and may even stop some men from seeing a healthcare professional about physical or mental health problems.

Huw Jones, an employee with Zurich UK, admits this need to maintain his appearance of manliness was one of the reasons he didn’t seek support with his post-traumatic stress disorder (PTSD) after he survived the Ladbroke Grove rail crash in 1999.

“I should have accepted the help I was offered, instead of pretending I didn’t need it because I’m big, tough and I’m a bloke,” recalls Huw.

Mark Crawford, another Zurich UK employee and mental health first aider, agrees. “I’m one of five boys in my family and so we had a very masculine upbringing where we were taught about the importance of having a stiff upper lip and for boys not to cry.

“You risk entering a vicious circle where men don’t talk about mental health because there’s a stigma, but unless men do talk about the topic it will remain stigmatized.”

“I broke down in tears twice over the phone when talking to two of my brothers… and it’s helped me to deal with my anguish and boosted my mental wellbeing.” Mark Crawford, Zurich UK.

But men do talk about sport. And in Zurich Ireland, its Tackle Your Feelings campaign leverages the popularity of rugby among men across the country.

You can hear how former Ireland international rugby player, CJ Stander, suffered from self-doubt having been told he was too small to reach the top of his profession. CJ relied on talking to people he could trust and reached out to his community to get the support to help him adjust to life and rugby in Ireland. Other rugby players talk about their mental health challenges associated with injuries and negative social media posts about their performance.

“Rugby players in Ireland are heralded as heroes and role models and thought to be tough, strong or invulnerable,” says Dr Hannah McCormack, Tackle Your Feelings Campaign Manager. “So, if they are seen to be able to talk openly about mental health, then we hope to encourage the people of Ireland to do the same.”

Launched in 2015, Tackle Your Feelings is run by Rugby Players Ireland in partnership with Zurich Ireland with the support of the Z Zurich Foundation. Zurich Insurance Group and the Foundation are also behind a similar campaign in Australia supported by players in the Australian Football League (‘Aussie Rules’) with plans to roll out in other countries.

The campaigns provide tools and resources to help people look after their emotional wellbeing. It also aims to reduce the stigma around mental health, which is one of the main reasons adults, both women but particularly men, tend not to seek help or talk about their emotional challenges.

As well as speaking less about mental health, men also show fewer observable symptoms. According to the National Institute of Mental Health, women often seem sad or express sadness when they are depressed, whereas men tend to appear angry, irritable or aggressive.

Mental health symptoms for men can also often appear as physical issues, such as a tightening chest or digestive problems. This makes it more difficult for men and healthcare professionals to recognize mental ill-health.

But times are changing. Jake Dobie, who also works for Zurich UK, has experienced anxiety since his early 20s, but he is fortunate that he has a group of friends (male and female) who are open to discussing their mental health challenges.

“Younger generations can be more open to talking about mental health,” says Jake. “My friends and I have a positive approach to sharing our feelings on our mental health and processing difficult life events. This has come naturally to us and, in my experience, comes easier to younger people due to the media presence that mental health now has, which has increased greatly over the last few years. For some, social media can help those feeling isolated to reach out to others that share the same experiences and creates a platform for listening and community.”

Despite their masculine upbringing, Mark has discovered that his brothers can also be relied to provide emotional support. “This year, I suffered from two failed operations on a wrist injury. I broke down in tears twice over the phone when talking to two of my brothers about my situation. I felt I had to share the disappointment of the failed surgery with people that care about me. My brothers were so supportive, and it’s helped me to deal with my anguish and boosted my mental wellbeing.”

The Tackle Your Feelings campaign has also evolved. It has launched an app – free to download in the Apple and Android stores – that enables people to work through exercises, pick up tips and useful information, and set goals designed to help build and maintain a positive mental wellbeing.

In hindsight, Huw wishes he had talked about his PTSD with his family, friends and work colleagues. Instead, he went on a 20-year painful journey until he was able to open up on his feelings.

His life changed when he started a relationship with Vicky. She had known Huw for 40 years and is trainee counsellor, so was able to empathize with Huw’s mental health challenges.

“You can only start to feel better when you’ve got it out in the open. If you hide it, then you have this secret you’re worried might come out at the wrong time or the wrong place. Once it’s out, you can be you. You can talk, you can relax, because you’re not hiding things,” explains Huw.

“If it hadn't been for Vicky, I wouldn’t have opened up and that’s because I trust her with my head as well as everything else. I cannot ever thank her enough.”

This article was provided by LiveWell by Zurich.

LiveWell was first established by Zurich in 2021 and aims to inspire its users to take control of their own health. Its innovative digital engagement platform is built around a holistic approach, factoring in the four key pillars of physical, mental, social and financial health. Since its inception, LiveWell has launched its services in numerous markets. For more information, please visit LiveWell by Zurich.

This is a free resource curated by Zurich International to provide support to employers and their employees, wherever they are in the world.